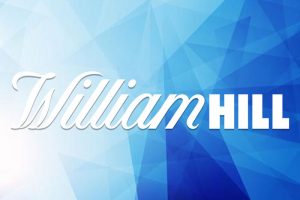 US private equity firm Advent International is understood to have joined the race for William Hill’s UK and European operations and is believed to be among the leading bidders.

The company is vying against buyout rival Apollo Global Management and online gambling operator 888 Holdings, among others, in the bidding war for the bookmaker’s non-US business.

William Hill became part of casino operator Caesars Entertainment, Inc. in April in a £2.9 billion takeover. The two companies already had a sports betting joint venture in the US before the deal was struck.

Caesars made it clear since it first tabled its offer for the legacy bookmaker last September that it was only interested in William Hill’s US operations and that it would offload its UK and European business.

The British gambling company currently runs 1,400 betting shops and an online business in the UK and several regulated European markets, along with its US operations. The portion of its business that is being auctioned off is expected to fetch at least £1.2 billion, analysts say.

According to sources familiar with the ongoing discussions over a potential sale, Apollo is the favorite to win the heating bidding war as it previously sought to buy the entire company but its bid lost to Caesars’.

Apollo Has Already Done Due Diligence

One US analyst said that Apollo has already done significant due diligence and “won’t want to miss out again, but it’s not a racing certainty.” The private equity firm confirmed its interest in the bookmaker’s international operations in November when it officially withdrew from the race for the entire business.

Other sources said that if Advent or Apollo scoop the auctioned operations, they will try to persuade William Hill’s existing management team, including CEO Ulrik Bengtsson, to remain at the helm of said operations.

Bengtsson, who stepped in as William Hill’s chief in 2019, steered the company through the £240 million acquisition of Swedish online gambling group Mr Green and integrated the bookmaker’s UK retail and online operations after it was forced to shut down permanently 700 wagering shops following the UK Government’s crackdown on the highly lucrative but heavily criticized fixed-odds betting terminals.

Other potential bidders include Betfred, who is reportedly interested in William Hill’s retail betting estate, 888 Holdings, and Entain, which is said to be eyeing some of the bookmaker’s online operations.

According to sources, Deutsche Bank, which was tapped to handle the sale, has made it clear that it would only accept offers for the entirety of William Hill’s non-US business.