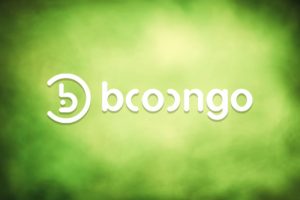 Online casino games developer Booongo announced that it has revamped and upgraded its Promo UI software as it looks to create a tighter connection between the main gameplay of each of its titles and its suite of gamification features.

The company plans to roll out the Promo UI 2.0 upgrades in three separate phases. It will first unveil a new widgets system that covers its promotional features, including the hugely popular HYPE Tournaments, Prize Drops, Cashbacks, and the soon-to-be-released Jackpots product.

The new collapsible and expandable widgets can be found under a new Promo UI icon button. They have all been designed to further bolster player experience across Booongo’s ever-expanding portfolio of online slots.

The second phase includes updates to all of the studio’s in-game pop-ups, which detail key information regarding promo notifications, free bets, and other prizes that are offered to players.

The final stage of upgrades will include a revamp of all game menus that will make it easier for players to understand the terms and conditions of ongoing promotional campaigns, including tournament leaderboards and prize pools.

The updates have been optimized for mobile devices and tablets where space is limited to ensure that the widgets do not heavily interfere with the main gameplay of each slot, Booongo has explained in a press release detailing what’s new in Promo UI 2.0.

The launch of the recently upgraded Promo UI follows UI and UX improvements to Booongo’s games portfolio that were too unveiled not long ago. The studio said that these improvements highlight its commitment to bringing “a highly immersive gaming experience” to its ever-growing player base.

Commenting on the upgraded Promo UI 2.0., Booongo Head of Account Management and Business Development Yuriy Muratov said that “gamification tools are highly important in today’s marketplace” and that their newly launched design upgrades are an important move for his company as it looks to “deliver a smooth user experience across all channels.”

Mr. Muratov added that through the new collapsible and expanding widgets, their games are now packed with promo tools that “do not cause too much disruption to the core gameplay, which is ultimately the main attraction for players.”

Booongo has been introducing improvements to its offering amid an ongoing expansion of its presence across multiple markets. Over the past several weeks, the company strengthened its presence in Latin America, a region that has been making waves recently, through partnership deals with leading local operators DoradoBet and Sellatuparley, among others.

It also inked a content supply deal with industry newcomer CatCasino to provide it with access to its complete collection of slots. The new digital gambling venue, launched only earlier this year, is focused on Eastern Europe, the Scandinavian region, Russia, New Zealand, and Canada, which are all markets that Booongo has been interested in.