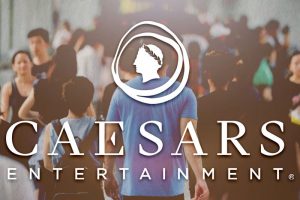 Caesars Entertainment, Inc. on Monday held a presentation and a Q&A session with residents of the Virginia City of Danville where the company plans to build a $400 million casino-hotel complex.

In front of a crowd of 75 attendees, Caesars representatives laid out conceptual designs for the future resort and asked for community input, saying that residents’ opinion will play a valuable part in the final design.

The property is set to be developed at the site of the former Dan River Mills industrial complex in the Schoolfield area.

what that site means and making sure that the design ends up with their feedback.”

Plans involve the removal of the finishing mill. Mr. Livingston and other Caesars executives told Danville residents that will be too expensive to refurbish. However, the property’s most iconic pieces – its last three surviving smokestacks – will stay and will be incorporated into the future casino resort.

The complex will operate as Caesars Virginia and will feature a 500-room hotel, which developers plan to build first. The resort will also include a casino with 2,000 slot machines, 75 table games, 16 poker tables, and a sportsbook, a 2,500-seat live entertainment venue, a 35,000-square-foot conference center, a pool complex, a spa, and multiple food and beverage facilities.

Mr. Livingston said that demolition work is set to start “within the next month or so.” Once they clean up the site, they are looking “at probably late December, early next year before we start seeing things come out of the ground.”

Developers said that they expect increased traffic in the area in the first few weeks, but noted it will become more manageable as work progresses.

The new complex is projected to generate 900 construction jobs and 1,300 permanent ones. Caesars said that hiring for permanent positions is expected to begin in the last quarter of 2020 or in early 2023. Construction is planned to be completed by the second or third quarter of 2023, while the grand opening is anticipated to take place in the third or fourth quarter of that year.

During the Monday Q&A session, resident expressed concerns about the impact of the future casino on traffic, the integrity of the area’s sidewalks, and public safety. Of the latter, Mr. Livingston promised that public safety would not be an issue when the complex opens doors.

Caesars is set to finalize the design of its future Caesars Virginia property in the coming weeks. The company is expected to offer a first look at how the resort would look in mid-September.