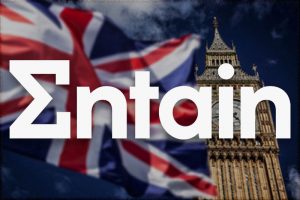 Gambling powerhouse Entain on Thursday unveiled plans to double investment in its in-house game development studios to expand and enhance its ability to provide customers with new and exclusive products and experiences.

The company is set to double its development staff to around 300 people across its three in-house studios, with those being located in the UK, India, and Italy.

Entain will increase its workforce within the next year to deliver exciting exclusive new products across all its markets, including the US where it operates in partnership with Las Vegas casino and hospitality giant MGM Resorts International.

Newly released exclusive content by the operator includes free-to-play slots tournaments, which Entain says are the first of their kind. Following the June launch of the tournaments, more than 30,000 customers of Entain-owned Coral in the UK joined the tournaments.

International customers of the Gala, Party, and bwin brands are expected to be able to enter the new slots tourneys over the summer.

Entain further revealed that following the recent sponsorship agreement between its PartyCasino and partypoker operations and McLaren, players will be offered exclusive access to Formula 1 themed online casino content later in 2021.

The company is also crafting new experiences using immersive technologies. Its first VR product – a multi-activity sports club – is set to roll out later this year.

Entain is increasing investment in its in-house studios after the closure of hundred of retail stores around the UK amid the industry’s rapid shift toward online which coronavirus-forced lockdowns around the world have deepened over the past year and a half.

The company’s future in-house content will help it further strengthen its presence in existing markets and expand into new ones. Entain CEO Jette Nygaard-Andersen said that proprietary and original content would form a pivotal part of her strategy while at the helm of the group, likening their efforts to Netflix’s pursuit of original content to draw new subscribers and make existing ones stay.

Ms. Nygaard-Andersen further noted that they are looking at entering 50 new markets that are becoming fully regulated, on top of those they are in at present.

Entain announced last fall that it would quit all unregulated markets its brands operate in and that it will be deriving 100% of its revenue from regulated territories by the end of 2023.

The gambling operator will focus some of its development work on producing exclusive content for the US that it will offer via its local brand, BetMGM. At present, more than 70% of the brand’s US customers have access to original content, including titles like MGM Grand Millions, Borgata Cash Spinner, Premium Blackjack Pro, and more.

Entain’s India-based studio, Win Studios, is currently developing 30 new products specifically for BetMGM players. The games are set to be launched throughout the year.

The group’s UK and India studios are also creating unique experiences for players across the UK, the Baltics, and elsewhere in Europe.

Entain’s Italian studio, Eurobet, has been tasked with customizing its most popular exclusive products in Italy to support its owner’s global growth.