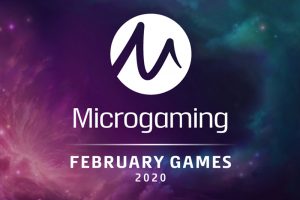 The new games are set to soon join the supplier’s content aggregation platform and be rolled out across its ever-growing network of operator partners.

The first new game was actually launched on Tuesday. It was created exclusively for Microgaming by Alchemy Gaming, one of the several independent studios that the Isle of Man-based games provider has teamed up with in recent months.

Alchemy Gaming’s latest game release is titled Wheel of Wishes. It is a five-reel, ten-payline progressive online slot that features captivating graphics and matching soundtrack. The game is set against the sands of Arabia, a world of mystery and riches, and offers unique gameplay and enticing win potential.

Wheel of Wishes became available network-wide this past Tuesday, February 11.

Crazy Tooth Studio will soon treat players to its newest slot title – Seven 7’s. The game is themed around the seven seas and their many hidden treasures. The new slot is set to arrive on February 18 and to offer many exciting features, including expanding reels and 2x multiplier symbols for a highly engaging and rewarding gaming experience.

Just For The Win is set to take fans of its slots creations to an enchanted forest in its latest title, Wonder Woods. The new online slot is set to be rolled out on February 20. It will feature a multitude of special symbols, including mystery symbols, wild symbols, and sticky mystery symbols for some extra thrill, excitement, and win potential.

Glowing surroundings and an entrancing soundtrack will create otherworldly atmosphere for those who venture into the magical forest.

Neon Valley Studios is set to take players to an undersea adventure with its new Atlantean Treasures Mega Moolah. The game is scheduled to go live on February 25. It will feature Microgaming’s iconic Mega Moolah progressive jackpot for an abundance of big win opportunities.

Atlantean Treasures Mega Moolah will arrive with a five-by-three grid and ten paylines. The game will offer a wealth of special features, including expanding wilds and respins, alongside the win potential of everyone’s favorite Mega Moolah progressive jackpot.

All41 Studios is inviting players to explore the secrets of space with its new Space Enigma five-reel, ten-payline slot. The game will be rolled out exclusively to Microgaming customers on February 27. It is a medium volatility title with wilds and respins among its features.

In addition to its exclusive games, Microgaming will add a number of titles by its third-party partners on its content aggregator this month. These new titles include RouletteX2 by Golden Rock Studios, Loki Wild Tiles by 2By2 Gaming, Golden Yak by Lightning Box, CSI by MGA Games, Book of Merlin by 1X2 Gaming, and Game Changer by Realistic Games, among ohters.

Mr. Buchanan went on that with both their exclusive releases and games from their partners, “there is a plenty of choice for operators this month.”