July Comes with Downpour of Online Casino Content from Microgaming 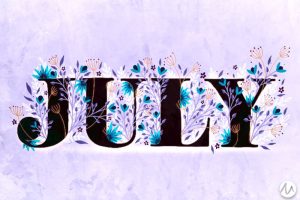 Microgaming’s July line-up of new online casino games, developed by both independent studios and third-party content makers, includes an enormous plethora of fiery, stormy, and feature-rich titles that will no doubt attract and be appreciated by players of all kinds.

It could be said that the provider has saved the best for last, setting late July release dates for its most highly anticipated new slots, but the games that are set to be rolled out throughout the month are just as exciting and rich in innovations and creativity.

Thunderstruck Wild Lightning, one of Microgaming’s most hotly anticipated releases of 2021, will be rolled out on July 27. Crafted by Stormcraft Studios, this 40-line online slot sweeps players into Thor’s quest for the lost stones with stunning visuals and an atmospheric original soundtrack.

The game comes with an impressive array of features, including wild multipliers, free spins, and Microgaming’s Link&Win mechanic. Players can activate one of five free spins modes. If they collect 20 scatter pairs during base game, they trigger the WildStorm feature for the next free spins selection, turning wild up to five reels within a single spin.

Microgaming and its partner SpinPlay Games have boosted a highly successful title from earlier this year with the WowPot jackpot mechanic. 9 Blazing Diamonds WowPot will be launched on July 29. The Blazing Wheel feature makes another appearance with a thrilling twist, offering slot aficionados the chance to win either free spins with a multiplier or a WowPot jackpot.

9 Blazing Diamonds was originally released this past April. The game is now enhanced by the WowPot jackpot, which not long ago paid out a top prize of €17.5 million.

A Dive into Atlantis and a Burlesque Adventure Await Players

Royal League Neptune’s Harem from Gong Gaming Technologies, set for July 26 release, will invite players to take a dive into Atlantis for a chance at massive wins. The game is equipped with free spins, multipliers, and the Royal League feature that is triggered randomly.

Upon activating the latter feature, players will be able to roll two lucky dice that will link to a board of 49 squares, offering a multiplier of up to 10,000x a player’s original bet.

July 22 will see the launch of Burlesque by Dita from Aurum Signature Studios in partnership with Eurostar Studios. This glittering game is inspired by the lavish and spectacular burlesque shows that international superstar Dita Von Teese is so well-known for. This new title offers a Wild Pleasure feature in base game as well as the chance for players to choose from four different free spins experiences, all equally show-stopping and each based on a signature act by Dita.

Triple Edge Studios and Microgaming will take players to a journey to the enchanting Land of Oz with the Legacy of Oz slot, set for July 20 launch. The mystic golden book triggers up to 20 free spins and up to 20 more in the feature itself. In addition, players are able to complete near wins with the Hyperspins feature that allows them to respin the reels at a certain cost and even adjust their stake before respinning.

On July 15, Microgaming will release Jurassic Park Remastered, a 2014 classic slot that will now be offered in a HTML5 format with a host of performance and feature enhancements, including free games, quick spin, improved animations and audio, and autoplay.

Coin Bash from Snowborn Games, slated for July 13 release, also forms part of Microgmaing’s July line-up. The game features 20 paylines, a Coin Spin, and a Lucky Star Bonus. It gets piggy banks jam out as players make their way up the ladder in an effort at the top prize of 5,000x their initial bet.

Just For The Win has already brought the magic with the July 6 release of its Elven Gold slot. This mystery-rich and action filled 40-payline title offers great win potential with enchanting stacked wilds and a Buy Free Spins feature.

Microgaming is also set to roll out several new table games throughout July. Hold’em Poker 3, the provider’s new suite of online poker games, joined its existing offering on July 7. The new product includes a €0.20 buy-in and a random prize pool generator that enables players to spin a wheel to determine what cash prize they will be playing for. A progressive jackpot prize pool seeds at €1,000.

Source: Microgaming brings the thunder this July with a storm of new content, Microgaming Newsroom, July 6, 2021