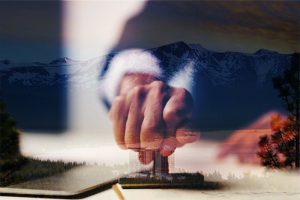 Commenting on the rebrand, Bally’s President and CEO George Papanier said in an email to the Tahoe Daily Tribune that Montbleu is “a premium entertainment asset that is commensurate with the iconic Bally’s brand” and that as such and as part of the company’s previously announced rebranding initiative, they are now looking forward to renaming the casino complex and integrating it into the Bally’s family.

It was last year when it was first announced that former casino operator Eldorado Resorts, now part of the larger Caesars Entertainment, Inc. group, would sell its Lake Tahoe property to Bally’s, then Twin River Worldwide Holdings. The deal marked Bally’s entry into the Nevada gaming market.

To secure approvals for their $17.3 billion combination, Eldorado and Caesars were told by regulators in the states they operated in to offload some of their properties to mitigate competition impact from the deal. The Montbleu resort was one of those that the two companies sold to new owners as assets that would not be crucial to the enlarged group.

Property to Undergo a Facelift

Bally’s finalized the acquisition of the hotel and casino resort this past April and is now looking to give it a facelift, along with its planned rebrand.

It became known that construction work has begun on a Tahoe South Events Center that will be located on what used to be Montbleu’s parking lot.

Mr. Papanier said in his email to local media that “additionally, capital improvement plans are under development” and that those will “enhance the property and complement Tahoe South Events Center.”

During construction, parking at Montbleu will be available in the garage and back lot as well as valet, the property has said.

The event center will be a 132,000-square-foot, two-level, multi-purpose facility that has been designed to complement Lake Tahoe’s existing gaming and recreational offerings. It will host conventions, special events, and entertainment as well as an array events for the host South Tahoe community, including concerts, family programming, and professional and amateur sporting events.

The event center’s economic impact to the community is projected to be $40-60 million per year.