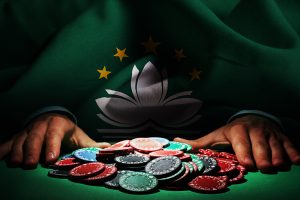 Casino revenue in Macau sunk 79.7% year-on-year in March, according to data released Wednesday by the Gaming Inspection and Coordination Bureau.

Gaming revenue accounts for around 80% of Macau’s entire revenue, while visitors from Mainland China represent around 90% of tourists arriving to the city.

The March revenue figure was in line with analyst expectations for a monthly drop of between 80% and 82%.

On a month-on-month basis, gaming revenue in the only Chinese territory where casino gambling is legal improved 69.4% from February when Macau’s casinos tallied just around MOP3.1 billion (approx. $391.4 million) due to a 14-day shutdown ordered by the city’s government in a bid to stem the tide of the coronavirus.

Macau’s casinos were open throughout March after the 14-day shutdown in February, but health and travel restrictions impacted their revenue significantly.

Last week, officials in the city’s neighboring mainland province of Guangdong imposed a 14-day quarantine requirement for people arriving in the province from Macau and Hong Kong. The requirement applies to Guangdong residents who have traveled to Macau and have returned home.

In addition, it was last week again when Macau authorities banned entry by tourists from Mainland China, Hong Kong, and Taiwan who had traveled overseas and implemented a 14-day quarantine requirement for those arriving from Hong Kong. Last week’s ban followed previous restrictions on entry by foreign visitors and non-resident workers.

According to Macau’s Public Security Police, the city received around 230 tourists this past Sunday and around 270 tourists on Monday. The daily average in 2019 stood at around 108,000 visits per day, based on the annual tally for that year of just under 40 million.

Including the March result, Macau’s casinos have generated MOP30.5 billion (approx. $3.9 billion) so far this year, down 60% year-on-year. The city said it expects a 56% drop in gross gaming revenue this year to around MOP130 billion (approx. $16.3 billion).

Macau’s six casino operators are believed to be losing between $1.5 million and $4 million a day to keep their gambling venues running. Three of them – Las Vegas Sands, MGM Resorts International, and Wynn Resorts – are also bleeding money in their homeland as the US has become the epicenter of the global coronavirus pandemic with more than 188,000 confirmed cases and all of the nation’s commercial casinos are currently shut.