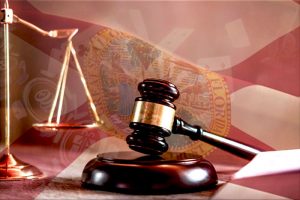 The owner of Miami-based Magic City Casino has challenged the new gambling compact between Florida and the Seminole Tribe in federal court, arguing that the deal’s sports betting component is based on “legal fiction” that breaches a slew of federal laws.

Havenick family’s West Flagler Associates and Bonita-Fort Myers Corporation – also known as Southwest Parimutuels – on Friday filed its lawsuit in the US District Court for the Northern District of Florida, alleging that the agreement that basically authorizes sports betting off tribal lands across the state violates the Indian Gaming Regulatory Act (IGRA).

Southwest Parimutuels is one of the state’s oldest parimutuel companies. It currently owns and operates Magic City Casino and the Bonita Springs Poker Room. The company asked the court to enjoin the implementation of athletic gambling in the state under the newly penned compact.

In late April, Gov. Ron DeSantis and the Seminole Tribe signed a new gambling compact to put an end to more than five years of prolonged negotiations and failed attempts to reach a new deal. Among other things, the new agreement paves the way for the tribe to become Florida’s sports betting hub.

Under the terms of the deal, the tribe will be able to operate physical sportsbooks at its gambling venues and to also provide digital betting services via its newly established Hard Rock Digital platform.

The agreement also allows for Florida parimutuels to contract with the Seminoles and offer sports betting products. They will be allowed to keep 60% of the proceeds from each bet taken. The tribe will receive the remaining 40%.

Legality of Off Reservation Betting

Under a provision in the new compact, all betting servers will be located on reservation land and every bet will be deemed to have been placed on tribal land because of the location of the server.

Isadore Havenick, VP for Public Affairs for Southwest Parimutuels, said that while the company fully supports Gov. DeSantis and his efforts to secure a new tribal gambling compact, their recent lawsuit “focuses on a very narrow aspect of the compact – the legality of off reservation and online sports wagering.”

At issue is namely the provision in the agreement that says bets will be placed on reservation land. According to the recently filed lawsuit, that arrangement contradicts IGRA as well as the Wire Act and the Unlawful Internet Gambling Enforcement Act (UIGEA).

The 67-page complaint reads that “contrary to the legal fiction created by the 2021 Compact and Implementing Law, a bet is placed both where the bettor and the casino are each located.”

Southwest Parimutuels expressed concerns that it will “lose millions in revenue” because of the competitive advantage the contested provision gives to the Seminoles as Florida residents will be able to gamble from the comfort of their homes.

The new agreement is awaiting federal approval from the US Department of the Interior. The agency has 45 days to review the compact after it was submitted. It is understood that the deal was mailed to DOI on June 3. However, according to the lawsuit, it was formally presented to the agency on June 21.

It should also be noted that the compact could face more challenges due to a constitutional amendment passed by state voters in November 2018, under which it is namely Florida residents that have the final say on any gambling expansion proposals.

The new deal was designed to circumvent the amendment by stating that sports betting would only take place on reservation land, but it could still be contested.

In addition, the compact faces further threat from a proposed constitutional amendment for the 2022 ballot that is spearheaded by major sports betting operators FanDuel and DraftKings and would authorize online sports betting at all Florida parimutuels, professional sports venues, as well as anywhere in the state via mobile platforms.