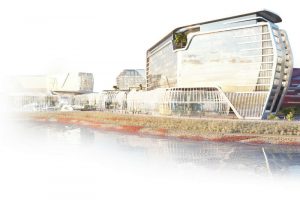 US casino resort operator Mohegan Gaming & Entertainment is on track to complete a multi-billion integrated resort project in Incheon, South Korea by early 2022, despite disruptions caused by the unprecedented health crisis that has gripped the world.

Asked by regional casino news outlet GGRAsia whether they expect any construction delays, Mohegan Gaming CEO Mario Kontomerkos said that “work continues and we are working toward our 2022 goal.”

Mohegan Gaming’s South Korea project, known as Inspire Entertainment Resort, involves the construction of a luxury integrated resort with a casino in Incheon, a city located near the capital Seoul that has long been an important transportation hub as it hosts the massive and ultramodern Incheon International Airport.

Mohegan Gaming’s property is set to be developed in several phases, the first of which is slated to be completed and unveiled by 2022.

Phase one of the mega-scheme will include 1,250 hotel rooms, a foreigner-only casino with 700 slot machines and 160 table games, a 15,000-seat entertainment venue, and 40 dining outlets, among other facilities.

According to a previous report by local news outlet Korea Times, the Inspire integrated resort is set to be developed in four phases, with the final one due to be completed by 2031.

The same report by Korea Times claimed that Mohegan Gaming has earmarked some $5 billion for the development of its integrated resort in South Korea over four phases. It is believed that the company is planning to spend around $1.3 billion on phase one.

Construction on the second phase of the scheme is set to begin in 2021, according to Korea Times. That phase, too, is set to cost more than $1 billion to the hotel and casino operator. It will include the addition of a Paramount Pictures-branded indoor theme park that will be “unlike any other in Asia.” Phase two of the Inspire project is slated to be completed by 2025.

Mohegan Gaming announced late last year that it had appointed major South Korean conglomerate Hanwha Corp. as the main contractor for the project. In addition, the two companies had signed a multi-year agreement that would see Hanwha manage non-gaming amenities at Inspire, including hotel and resort operations as well as marketing and HR.

Aside from its South Korea project, Mohegan Gaming has introduced another Inspire concept in recent years, with the second one being Inspire Athens. The US casino operator entered the race for a license for the development of a casino resort near the Greek capital last year.

Mohegan Gaming was the only candidate (out of two, the other being Hard Rock International) that was allowed to move onto the next stage of the selection process carried out by the Hellenic Gaming Commission.