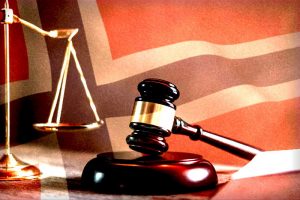 Norway’s Ministry of Culture has renewed its effort to unify the Scandinavian nation’s gambling laws into a single framework, while also cementing Norsk Tipping and Norsk Rikstoto as the only two entities that are permitted to conduct gambling activities.

A bill on the matter was introduced in the Stortinget, Norway’s supreme legislature, on June 18. As its main sponsor, the country’s Minister of Culture and Gender Equality, Abid Raja, has called the legislation a milestone as it aims to “regulate everything that is offered by gambling in Norway” and put tighter controls on all forms of gambling advertising.

Minister Raja has been pushing for the country’s existing gambling regulatory framework to be upgraded for a while now. He first proposed an overhaul in June 2020.

Legal gambling services in Norway are currently provided under the 1927 Totalisator Act, the 1992 Gambling Act, and the 1995 Lottery Act. The proposed new law would combine these earlier acts into a single legislative and regulatory framework.

Minister Raja’s new rules and regulations would further strengthen the existing monopoly model, in which the state-owned lottery, Norsk Tipping, and the state-owned racing betting operator, Norsk Rikstoto, hold the exclusive rights over all gambling products provided to local consumers.

A second important objective of the proposed gambling overhaul is to address inefficiencies in the way the activities of the nation’s monopoly operators are overseen. At present, the two entities are governed by the Lottery Committee, the Ministry of Culture, and the Ministry of Agriculture and Food.

Under the proposed changes, the Ministry of Culture will become the sole government entity to supervise the two gambling operators.

As part of the reorganization of the local market, the Norwegian Lotteries Authority would be equipped with extended powers by the Ministry of Culture to oversee the sector and purge it from unlicensed operations and with new tools for “detecting, reacting to and sanctioning violations of the law,” as explained by Minister Raja.

Other key provisions in the new law include strict requirements for social responsibility, a ban on credit games, and new advertising restrictions. The advertising of gambling to children has been classified as a criminal offense and so has been the promotion of wagering products to self-excluded individuals.

The new law aims to curb the provision of unlicensed gambling services by international companies. Norway has remained one of the last countries in Europe to maintain the monopoly model and criticism has been mounting over its preferred regulatory framework in the past few years.

In April, the European Gaming and Betting Association, the trade body representing the continent’s largest gambling firms, noted that Norway “is losing control of its online gambling market as players reject the state-owned monopoly and flock to international websites in search of greater choice” and that a multi-license regime could help local regulators regain control of the sector and properly protect customers.