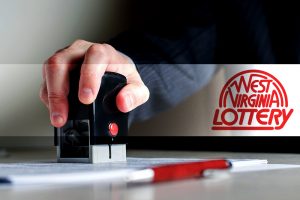 FanDuel was not the only betting operator to receive the green light from the West Virginia Lottery to offer political betting, according to emails obtained by The Intelligencer and Wheeling News-Register.

Last Tuesday, FanDuel briefly offered to its West Virginia customers the opportunity to place wagers on the upcoming US presidential election. However, the operator was told to pull its election markets just a few hours after these were rolled out.

On the next day, April 8, West Virginia Governor Jim Justice, whose family owns The Greenbrier, decried the authorization of political betting, calling the move “ridiculous”, “ludicrous”, and “humorous.”

According to emails obtained by The Intelligencer, Erich Zimny, Vice President of Racing and Sports Operations at Hollywood Casino, sent a proposal for elections betting to the Lottery. Mr. Zimny wrote that the gambling venue and its betting partner, DraftKings, “would like to explore the possibility of offering political props on major election markets.”

The casino official’s email to the agency went on that they all understood the Lottery has bees treading lightly on political betting so far and that this would be new ground for everyone involved, but “in the struggle for markets to bet into these days, we’re looking for what’s out there that could entice some interest.”

Political betting is legal across many European markets as well as in Canada, but US regulators and lawmakers have been extremely cautious on the topic.

DraftKings sought to offer betting on the US presidential election, winners of state presidential primaries, winning political parties nationwide and in each individual state, US Senate and House of Representative races, the over/under on congressional seats, the number of electoral college votes, and voter turnout.

On the afternoon of April 7, David Bradley, the West Virginia Lottery Deputy Director of Security, sent an email to DraftKings Senior Manager for Sportsbook Operations Jake List, saying that at the Lottery, they have been discussing the authorization of wagers for political markets and their restriction to federal political markets and no state or local elections.

Mr. Bradley sent a similar email to John Sheeran, Director of Risk and Trading at FanDuel.

Later that afternoon, DraftKings, FanDuel, and BetMGM all received emails from Mr. Bradley informing that they can move forward with elections betting plans.

By the evening of April 7, FanDuel’s election betting markets were up and running.

After receiving regulatory green light, FanDuel promptly launched its election betting markets. In a press release announcing its new offering, the operator said that they were proud to “have partnered with the West Virginia Lottery to bring these markets into a legal, regulated sportsbook where bettors have appropriate protections.”

In addition, DraftKings and BetMGM both received emails from Mr. Bradley to hold up on elections betting as the Lottery was re-considering its decision.

After pulling its political betting markets, FanDuel released a statement saying that “while the markets were approved, the West Virginia Lottery has asked FanDuel to refrain from offering the markets until they have time to fully work through the implications of this new market offering.”

Under West Virginia law, betting on any election is illegal. The state Code reads that “it shall be unlawful to bet or wager money or other thing of value on any election held in this state.” People caught wagering on political events face misdemeanor charges and a $50 fine.

The Director of the West Virginia Lottery, John Myers, took the blame for authorizing elections betting, even though the practice is prohibited under state law. The Lottery official said that he thought “it would be okay, but after review, it was clearly a mistake.”

Mr. Myers went on to say that they “just screwed up” and that he did not have the authority to do it and he apologized to everyone affected.