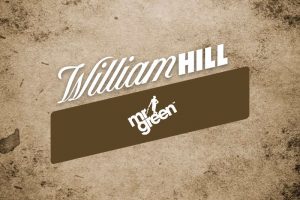 William Hill-owned gambling operator Mr Green has been slapped with a hefty fine by Sweden’s competent regulator, Spelinspektionen, over a series of failings, including poor anti-money laundering and know your customer policies and duty of care relating to responsible gambling.

The Swedish Gambling Authority announced on Wednesday that it has fined the online casino and sports betting brand SEK31.5 million ($3.6 million) over its breaches of various rules and regulations.

The case against Mr Green started in the fall of 2019 following complaints that the operator had failed to implement proper AML and responsible gambling controls. Spelinspektionen’s casework included details about 15 customers of the popular brand who all displayed problem gambling behavior or AML/criminal intent while wagering money with it between January 2019 and June 2020.

The Swedish regulator tasked with overseeing the nation’s regulated online casino and wagering sector cited an incident where a customer of the operator who made deposits worth SEK39.3 million and lost a total of SEK3.2 million. That player was found to have declared income barely covering the year’s losses.

After the customer stopped depositing with Mr Green, the operator failed to take further action and investigate the possible use of its platform for money laundering and other criminal purposes.

Mr Green was hit with a SEK1.5 million fine for its AML and KYC shortcomings and was warned by Spelinspektionen to refrain from further violations of that kind and strengthen its controls.

In relation to its AML deficiencies, the operator told the Swedish regulator that it had failed to identify some of the customers suspected of money laundering due to the implementation of a new detection system which had experienced technical issues and had not flagged those customers as high-risk ones.

One of those customers was found to have made several deposits per day on multiple occasions and to have lost six times their reported income for several years. Mr Green closed that customer’s account in July 2020, but Spelinspektionen said the company had failed to make sufficient contact with them and with other account holders with high deposit limits to ensure they had been gambling with their own funds and to address potential problem gambling behaviors.

Mr Green told the regulator that it has implemented new responsible gambling policies and under those any high-risk customer who fails to respond to the operator’s emails or telephone calls would have their account suspended until contact with them can be made.

Mr Green is owned by William Hill. The legacy bookmaker acquired the operator in early 2019 in a £242 million deal. Both businesses are now part of the larger US casino group Caesars Entertainment, Inc.