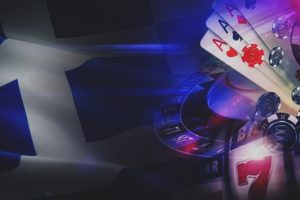 Greek gambling giant OPAP today announced that it is set to acquire an additional stake in Stoiximan Group’s Greek and Cypriot business after it has recently secured regulatory clearance to buy a 51% stake in the same operation.

A wholly-owned subsidiary of OPAP, OPAP Investment, currently owns a 36.75% stake in Stoiximan through an entity named TCB Holdings.

OPAP previously announced plans to buy a 51% stake in Stoiximan’s Greek and Cypriot business (SMGC), which is currently operated by GML Interactive Ltd. The transaction received regulatory approval from the Hellenic Competition Commission in November 2019 and from the Commission for the Protection of Competition of the Republic of Cyprus.

The regulatory clearance paved the way for OPAP to proceed with that pre-agreed acquisition. The Greek operator announced today that it has reached a further agreement to acquire an additional 15.48% indirect stake in SMGC. That new agreement will effectively increase OPAP’s total holding in SMGC to 84.49%.

That second transaction is subject to requisite regulatory and competition approvals. OPAP can also subsequently assume full control over SMGC, which will continue to operate under the Stoiximan brand.

OPAP will retain its existing 36.75% stake in TCB. The latter will continue to provide online sports betting and gaming services outside Greece and Cyprus under the Betano brand. Betano currently operates in Portugal, Romania, and Germany.

Financial Details about the Transactions

OPAP said today that the total net consideration it plans to pay throughout 2020 to close the above-mentioned two transactions stands at €163.4 million. In addition, the sellers may receive certain earn-out payments calculated as a multiple of EBITDA differential for 2020 and 2021 based on performance criteria set out for SMGC.

SMGC will retain its current management team and will continue to operate separately from OPAP’s online gambling business.

Commenting on their investment in Stoiximan, OPAP’s Chairman, Kamil Ziegler, said that the Greek iGaming market is “evolving and is gradually entering a new era, which provides for its fully regulated and supervised operation” and that their strategic investment in Stoiximan along with their focus on their own online activities “is a significant move for OPAP as it secures that we are properly positioned to leverage the opportunities offered by the growing online market.”

OPAP CEO Damian Cope added that building up their online presence “was a key element of our original 2020 Vision” and that “in the last two years we have been steadily implementing our strategy of developing OPAP’s own Online business while also taking an investment in the leading Greek online operator, Stoiximan Group.”

Stoiximan’s CEO, George Daskalakis commented that since OPAP’s initial investment in his company 14 months ago, both the Stoiximan and Betano brands have achieved impressive growth.

Mr. Daskalakis went on to say:

“Today, OPAP’s decision to increase its investment in Stoiximan, essentially fuels the prospects of our company in the future, but mainly constitutes a strong vote of confidence in our way of doing business.”

Stoiximan’s CEO also noted that they embark upon a new day of creativity with the same commitment and determination to work hard to “further consolidate Stoiximan’s position as the leading operator in the Greek online gaming market, while at the same time strengthen the growth of Betano in all target international markets.”