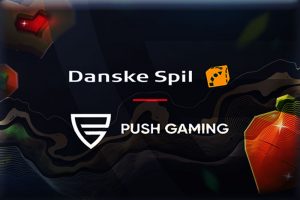 Under the terms of this recent agreement, Push Gaming will provide its new partner with access to its most popular titles, including absolute player favorite Jammin’ Jars as well as Razor Shark and Fat Rabbit.

The partnership with Danske Spil also further builds on the provider’s continued drive into regulated European markets and follows recent deals with Norsk Tipping, SoftSwiss, SkillOnNet, LeoVegas, and United Remote, among others.

Since its reorganization in 2012, the Danish market has been growing from strength to strength, recording year-on-year revenue increases every year. It should also be noted that Denmark’s regulated online gambling space is second only to Sweden in terms of participation rate and is one of just a handful of European markets where the majority of gross gaming revenue comes from digital channels.

Push Gaming said that this has made Denmark a key market for the implementation of its greater growth strategy.

Commenting on their upcoming integration with Danske Spil, Push Gaming Head of Sales Fiona Hickey said that Denmark is “an extremely vibrant market and as such, partnering with Danske Spil […]

is a great achievement for us.”

Ms. Hickey went on to say that getting their content in front of Danish casino players is another step in their growth strategy and that they are confident they can fully leverage the opportunity.

Danske Spil Promotion & Loyalty Manager Simon Hoffmann said that Push Gaming and its content has been on their radar for several years now “as one of the missing pieces in our otherwise impressive game offering.”

Mr. Hoffmann added that they are excited to have the provider’s most popular titles live across their platform and that “there is no doubt in my mind that they will quickly gain traction with our player base.”

Founded more than a decade ago, Push Gaming specializes in the development and delivery of HTML5 content for the online casino industry. The company has enjoyed tremendous growth over the past year after its proprietary platform obtained licenses from UK and Malta gambling regulators.

Thanks to these licenses, Push Gaming has teamed up with some of the industry’s largest names in recent months, including William Hill, Entain, Genesis Global, and The Rank Group, among others, to deliver its products to players across multiple markets.