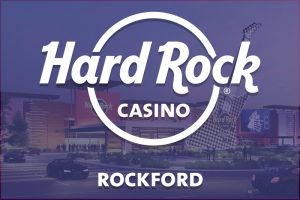 The Illinois Gaming Board has given the green light to Hard Rock and its local partners to commence construction work on a temporary casino in Rockford.

However, the gaming facility’s owner, 815 Entertainment LLC, was told by the regulator that it must secure a permit to operate the temporary casino as well as to have its security and surveillance plans approved by board members in order to be able to launch the venue.

Rockford was one of six Illinois cities that were approved to host casinos under a sweeping gambling expansion bill that Gov. J. B. Pritzker signed into law in the summer of 2019. A few months later, the Rockford City Council selected Hard Rock out of three finalists that sought to build the city’s first casino.

Earlier this month, the Illinois Gaming Board allowed 815 Entertainment to seek construction approvals for both the temporary facility and the permanent location in the first major step forward for the project in a while. The regulatory agency also approved a list of 51 investors involved in the scheme and granted a supplier license to the company behind the proposed casino.

Hard Rock and its local partners can now move onto transforming a 38,000-square-foot restaurant and banquet hall into a temporary gaming location. Developers plan to spend $8.8 million into renovating the Giovanni’s site at 610 N. Bell School Road to turn it into a casino.

The temporary site will feature 736 slot machines, two restaurants, and possibly a Rock Shop selling Hard Rock memorabilia. The smaller casino will remain operational for two years while the main casino resort is under construction.

The permanent $311 million gaming complex will be located at the former site of the Clock Tower Resort on East State Street near the I-90 entrance. It will feature a 65,000-square-foot casino with an initial 1,500 slot machines, 55 table games, and a sportsbook, a Hard Rock Café, and a 1,600-seat Hard Rock Live concert venue. Investors have said there will be room for future expansion projects at the gaming floor. The future resort will also offer three restaurants and two quick service cafés, among other amenities.

Commenting on the recently granted construction approval, Rockford Mayor Tom McNamara said that “this is a huge accomplishment for our community, and it will bring hundreds of construction jobs to Rockford.”

The official also pointed to the fact that the Rockford casino project is the first of six casino locations approved under the state’s 2019 gambling expansion to be given the nod to begin construction.