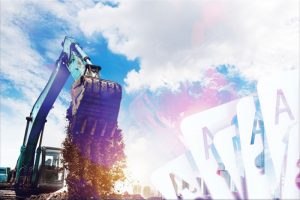 Shortly after a proposed casino just outside a Louisiana City of Slidell cleared the state Legislature, its developer has committed to a larger investment to what it had originally planned to spend on the property.

California-based firm Peninsula Pacific Entertainment (P2E) on Tuesday joined leaders of St. Tammany Parish, which includes Slidell, to announce that it has decided to add a $75 million expansion to its planned $250 million casino and entertainment complex.

The company said that the project will now include a 250-room “premium” hotel as well as multiple food and beverage options. The expansion would also add a convention center, more entertainment options, including an outdoor amphitheater as well as lakeside upgrades, an outside pool and an event venue.

Earlier this month, state legislators approved a bill calling for a parish-wide referendum on whether a 1996 ban on the addition of new casinos across St. Tammany should be reversed. The matter is now set to be put before parish voters on the November 13 vote.

If the local referendum’s results show a majority of “aye” votes, P2E would be able to transfer its existing casino license to its planned property in Slidell. The company previously operated the DiamondJacks Casino in Bossier City but decided to shut it permanently in the spring of 2020 after years of continued underperformance.

A Great Deal for the Community

She further noted that this is “a great deal for the community.” This spring, Sen. Hewitt authored a bill supporting the Slidell casino proposal. Her piece stalled in a Senate committee, but a twin measure from Rep. Mary DuBuisson swept through the Legislature to now bring the issue before voters.

The proposed casino will be built on about 50 acres of land at Interstate 10’s Exit 261 along Lake Pontchartrain, just outside Slidell. The St. Tammany Parish Council is set to hold a special meeting on June 30 for public comment on the project and its proposed expansion.

This is not the first time St. Tammany officials have discussed the possibility for the development of a casino in the Slidell area. Former Parish President Kevin Davis floated the idea a decade ago, but his effort saw no success. Current Parish President Mike Cooper has said he thinks public sentiment toward casinos has changed.

In related news from last week, the St. Tammany Parish Development District approved an agreement on the distribution of the funds that the parish would get from the Slidell casino. P2E has agreed to contribute 5% of its net gaming revenue to its host area, which it says would translate to an estimated $7.5 million to $9 million every year.

The St. Tammany government would get the largest bit of the revenue pot at 37.5%, while Slidell is set to receive 15%. Non-profit organizations dealing with gambling addiction, mental health, homelessness, food insecurity, and youth and elder services would get 16%.

Other parish municipalities would get 4% of the proceeds, while the St. Tammany Levee, Drainage, and Conservation District would receive 8%. The parish Sheriff’s Office would get 2% of the local cut.

In addition, P2E has agreed to spend $35 million on a sports and recreation complex in eastern St. Tammany that would receive 7% of the future casino’s annual revenue contributions.