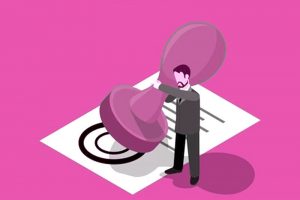 Who would get what from the 5% of gaming revenue a proposed casino resort in St. Tammany Parish, Louisiana has agreed to pay the parish had been an issue with a big question mark until late last week.

The board running the St. Tammany Parish Development District on Thursday approved an agreement on the future distribution of the funds that the parish would get from the gambling venue that is planned to be built at Interstate 10’s Exit 261 on an inlet along Lake Pontchartrain, just outside the City of Slidell.

The company behind the multi-million development scheme, California-based Peninsula Pacific Entertainment (P2E), claims the 5% share of net gaming revenue it would contribute to the parish would translate to an estimated $7.5 million to $9 million a year.

Chris Masingill, CEO of the parish’s economic development agency, said that the 5% net gaming revenue share has been the most a casino operator has ever agreed to pay in Louisiana. It should also be noted that the future Slidell casino would also have to pay 26% in taxes to the state, if it gets developed.

After clearing the Louisiana Legislature and securing approval from Gov. John Bel Edwards, the casino proposal should now be voted by the St. Tammany Parish Council on whether it should be put before parish voters on the November 13 ballot. The future of the $250 million resort would then lie with parish residents.

According to the recently approved agreement between P2E and parish officials, St. Tammany’s government would get the largest slice of the 5% revenue share at 37.5%. This means the parish could get between $2.8 million and $3.4 million annually.

Under the terms of the agreement, the parish would be required to spend at least 12.5% of its share on projects in the so-called St. Tammany Parish Gaming and Entertainment Project Zone, which includes the unincorporated area around Slidell. In other words, that city would get some of the money the parish would receive from P2E and its gambling venue.

Additionally, Slidell would get 15% of the local money, as per the deal. The city’s mayor, Greg Cromer, said that some of what his team had negotiated did not make the final cut, but the inclusion of the gaming and entertainment zone requirement meant that about 27.5% of the money would be spent in or around Slidell and that “it ended up coming out for the best for everyone.”

The second largest share of the money – 16% – would go to a Community Enhancement Grant Fund, as it is described in the agreement. Basically, the money would be contributed to non-profit organizations dealing with gambling addiction, mental health, homelessness, food insecurity, and youth and elder services.

As much as 4% of the proceeds would go to the St. Tammany Parish Municipal Special Project Fund and would be distributed across the parish’s other municipalities.

The St. Tammany Levee, Drainage, and Conservation District would get 8% of the local cut and the money would be used for projects east of Louisiana 434, south of Interstate 12, and west of the Louisiana state line.

The casino developers have agreed to build a substation of the St. Tammany Parish Sheriff’s Office at the site of the gambling venue. The Sheriff’s Office would get a 2% share of the local revenue.

Under the deal, P2E has further agreed to invest $35 million into a sports and recreation complex in eastern St. Tammany. That complex would also get a 7% chunk of the local revenue pot for operations and development and an additional $100,000 for conducting a feasibility study and drafting a master plan.

Source: Who gets money from Slidell-area casino? How St. Tammany governments, agencies will split the pie, NOLA.com, June 20, 2021