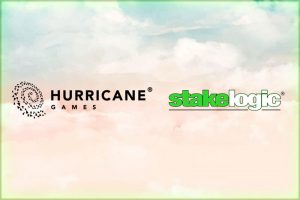 Online casino games developer Stakelogic has announced the acquisition of rising star studio Hurricane Games in the second takeover completed in as many weeks.

The addition of Hurricane Games to the Stakelogic family is part of the group’s efforts to bolster its in-house development capabilities.

News about Stakelogic acquiring the young iGaming studio emerged just days after the company revealed that it has purchased Belgrade-based content maker Smart&Applied. Following that earlier takeover, Smart&Applied was rebranded as Stakelogic Serbia and will be relocated to a new office in the Serbian capital.

As for the Hurricane Games acquisition, it should be noted that Stakelogic had been working closely with the nascent studio and its team via its Greenlogic program for development partners. That earlier collaboration had made the developer an ideal acquisition target for the established and fast-growing provider of content for the iGaming industry.

Stakelogic is the company behind some of the hottest online casino titles currently available on the market. Its products are available with more than 500 Internet gambling operators in multiple markets. The company released an whopping 48 online slots last year.

Stakelogic is ISO 27001 certified and its games are licensed or certified in key regulated territories, including Malta, the UK, and Romania. It recently rolled out its content in the Spanish market.

Commenting on their latest acquisition deal, Stakelogic CEO Stephan van den Oetelaar said that the purchase of Hurricane Games would take their in-house development capabilities to a whole new level and would allow them to grow at fast pace while also delivering “new, exciting content to our operator partners on a regular basis.”

The official went on that Hurricane Games was one of the first iGaming content makers to join Stakelogic’s Greenlogic program and that they have plenty of experience working with the studio’s team “of incredible talent to create games that stand out in operator lobbies and deliver a superior player experience.”

Andrew Fraser, Director at Hurricane Games, said that their new owner has “been instrumental in our rise to date” and that he is thrilled to further strengthen the relationship between the two game makers via this acquisition.

Mr. Fraser added that they have “some incredible concepts in the pipeline” and now that they are part of the Stakelogic family, they have the resources to bring these concepts to life and deliver the best possible player experience across all of their products.

Stakelogic launched its Greenlogic Partner Program last year and Hurricane Games was the first studio partner to join it. The program allows up and coming developers to create online casino games and then distribute them to Stakelogic’s more than 500 operator partners and eight aggregation platform partners.