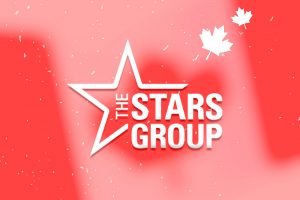 News that The Stars investor backed the mega-deal emerged just days after Flutter shareholders approved it in Dublin, where the latter company is headquartered and where the combined group’s corporate headquarters will be located.

With approvals from both Flutter and The Stars’ shareholders, the merger has cleared two critical hurdles before closing.

In a statement on its official website, The Stars said on Friday that more than 99.99% of its shareholders backed the company’s combination with Flutter. And more than 99% of Flutter’s investors voted in favor of the deal earlier this week.

The Stars said that the deal’s closure is now subject to remaining regulatory approvals and customary closing conditions. The Canadian company expects the combination to be completed sometime in May.

In February, the deal was informally greenlighted by the Australian Competition and Consumer Commission. The merger is still subject to approval from the Australian Foreign Investment Review Board.

It also needs backing from members of the Pennsylvania Gaming Control Board. Australian and US regulators are expected to vote on the high-profile combination in the coming weeks.

Combined Group to Be Based in Dublin

The enlarged gaming and sports betting operator will have a premium listing on the London Stock Exchange and secondary listing on Euronext Dublin.

The merger is anticipated to help the combined group maximize growth in its core markets, including the United Kingdom, Ireland, and Australia, and to better position it to pursue US growth opportunities.

The Stars Group currently owns the PokerStars, PokerStars Sports, Sky Betting & Gaming, FOX Bet, and BetEasy brands, among others. Flutter is the owner of the Paddy Power and Betfair brands, as well as of FanDuel and Sportsbet.

The enlarged business will be led by Flutter’s current CEO, Peter Jackson.

News emerged earlier this month that The Stars would retire its Australian sports betting brand, BetEasy, after it completes its combination with Flutter. The enlarged group would pursue a single-brand strategy in the Australian market with Flutter’s Sportsbet brand.

The Stars also recently retired its BetStars sports betting brand to replace it with PokerStars Sports. The change occurred this past week, but the gambling group’s management indicated that it would introduce a new wagering brand back in August 2019.