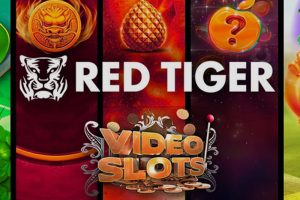 Popular online casino Videoslots has expanded the offering available across its Battle of Slots gamification tool with the recent addition of games from content provider Red Tiger.

Battle of Slots is a promotioonal concept that offers slots enthusiasts access to a poker-style lobby that aims to increase social interaction among players and provide them with the chance to go head-to-head with fellow players and win a share of guaranteed pools.

Battle of Slots is one of several promotional concepts debuted by Videoslots in the years after the online casino joined the competitive iGaming market in 2011. All three promotional tools are available across all devices and aim to boost the operator’s engagement and retention levels.

Battle of Slots includes popular slot titles from many of the world’s leading suppliers of content for the online gaming industry. With the recent addition of content from Red Tiger, Videoslots said that its Battle of Slots product now provides players with access to more premium games than ever.

The deal with Videoslots and the addition of its library of slots to its Battle of Slots offering came as the latest in a series of positive developments announced by Red Tiger, which is now part of Swedish gaming provider NetEnt, in recent weeks.

A Great Form of Entertainment

Commenting on the addition of Red Tiger games to the offering already available on Battle of Slots, Videoslots Head of Casino William Ahlberg said that their gamification tool is one of their proudest creations and that “it’s only right that we continue to add the very best content for players to enjoy.”

Of what drives them to expand the offering available to players through Battle of Slots, Mr. Ahlberg said that they believe “gaming should be social and our poker-style lobby helps players engage with one another as a great form of entertainment while still giving them the chance to win some cash.”

The addition of Red Tiger content to Battle of Slots builds on an already successful relationship between the provider and Videoslots, The online casino first launched Red Tiger games back in the fall of 2016.

Last October, Videoslots also announced that it has utilized Red Tiger’s Jackpot Network across several of the supplier’s titles available to customers of the online casino to deliver daily and hourly jackpots.

The games that gained access to the Jackpots Network included Pirate’s Plenty – Battle for Gold, Dragon’s Fire, Wild Elements, and Phoenix Fire. All of these feature high-end graphics and elaborate math models to enhance player experience.

News about Red Tiger and Videoslots’ expanded partnership followed this week’s announcement that the provider has launched its slots library with Malta and Sweden-licensed iGaming operator Premier Gaming and its brands Pronto Casino and Premier Live Casino.