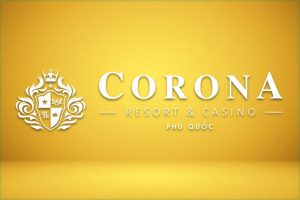 The property, located on Vietnam’s largest island, is the only gambling venue permitted to accept locals under a government-mandated pilot scheme.

According to a message posted on the casino’s official website, the closure became effective on Monday, July 19, and was due to a “government announcement.”

Property officials did not provide further details on the abrupt suspension of business, but local news outlets have reported in the past several days that multiple domestic flight routes across the nation have been suspended or reduced due to a new surge in Covid-19 cases. The Hanoi-Phu Quoc route is understood to have been reduced to just one flight per week. The Ho Chi Minh City-Phu Quoc route, also a busy one under normal circumstances, has been suspended completely.

The latter route normally operates 23 flights a week. However, Phu Quoc officials are believed to have requested the suspension of all flights over concerns the island’s coronavirus testing capacity is stretched to the limits.

It was only last week when the island kicked off vaccination of its residents as it looks to open for foreign visitors by October this year.

Corona Casino apologized for the inconvenience its sudden closure has caused and said it would continue to monitor the situation closely. No date for the property’s reopening has been announced. It said that details are viable to changes based on how the situation unfolds.

Corona is only one of two casinos that are part of a three-year pilot program launched by Vietnamese lawmakers that permits locals to gamble. The initiative requires nationals to be able to provide a proof of monthly income of over VND10 million (approx. $433) for the three months prior their visit to the casino, to be aged 21 or over, and to pay an entry fee of VND1 million for a 24-hour pass.

Corona’s launch in 2019 coincided with the start of the program. The other casino chosen by the Vietnamese government is currently under construction in Van Don and is yet to open doors.

Reports emerged a few weeks ago that Vietnam’s Ministry of Finance has proposed extending the pilot program to 2024. It was initially scheduled to end in 2022. The extension proposal was prompted by the Covid-19 pandemic, it also became known.

The Vietnamese government launched the initiative in a bid to collect data and assess whether it should permanently allow locals to gamble at the nation’s casinos. Extending the program would provide officials with additional time to gather data and form an informed view on why they should or should not introduce changes to the country’s current gambling regulatory framework and those of its provisions that are concerned with its residents’ access to local casinos.