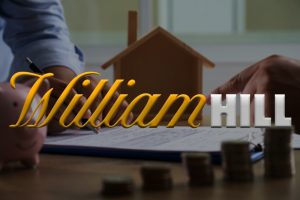 However, the legacy sports betting and gambling operator is bracing for a new hit to its profitability as UK regulators gear up preparations for a ban on the use of credit cards for gambling.

William Hill’s operating profit fell 37% in the 52 weeks to December 31, 2019 to £147 million, ahead of management expectations of about £143 million. The company made a statutory loss before tax of £37.6 million on exceptional charge and adjustments of £134.1 million, predominantly related to the closure of betting shops and subsequent redundancies.

William Hill was forced to close more than 700 betting shops around the UK, following a massive cut of the maximum stake on fixed-odds betting terminals from £100 to £2. The UK Government cracked down on the controversial gambling machines in April 2019 after pressure from anti-gambling lobbyists.

Full-year net revenue was down 2% to £1.58 billion and operating cash flow dropped 7% to £183 million. William Hill’s net debt increased to £535.7 million due to the acquisition of Swedish gambling operator Mr Green in early 2019. William Hill paid £242 million for the digital gambling operation.

William Hill’s growth in the US sports betting market was the highlight of the company’s 2019 financial report. The bookmaker said that its US net revenue grew 38% year on year, capturing a 24% nationwide market share.

William Hill further revealed that its purpose-built digital platform went live and that its online channels handled 55% of all US bets placed throughout the year.

The company has been present in the Nevada sports betting market for a while now, but has recently been able to expand its presence across more states around the nation. Earlier this week, the company announced that it has secured its entry into the nascent Michigan sports betting market through a partnership with Grand Traverse Band of Ottawa and Chippewa Indians.

And earlier in February, William Hill penned a sports media partnership with CBS Sports that would significantly boost the operator’s brand exposure across various digital channels.

Looming Credit Card Ban and Its Impact on Profitability

While William Hill is content with the fact that it managed to beat management guidance, the company warned in its latest financial report that it expects a big blow from the looming ban on credit card gambling.

The UK Gambling Commission announced earlier this year that the ban would take effect on April 1.

William Hill said that the crackdown would cost it between £5 million and £10 million. Credit card payments account for 5% of the gambling operator’s digital revenue.

Commenting on the company’s financial performance in 2019, CEO Ulrik Bengtsson said that last year “was a year of transition during which we executed on our ambition to diversify internationally with the acquisition of Mr Green and the continued strong growth of our US business.”

Mr. Bengtsson went on that William Hill “delivered a strong operating performance, ahead of our expectations and against a challenging regulatory backdrop.”

Of his expectations for 2020, the gambling executive said that they move into the new year “in a stronger position” as “a quarter of revenue is now generated outside the UK” and after they made “positive progress with our digital platform, launching our purpose-built platform in the US and product developments in the Online business in 2019.”